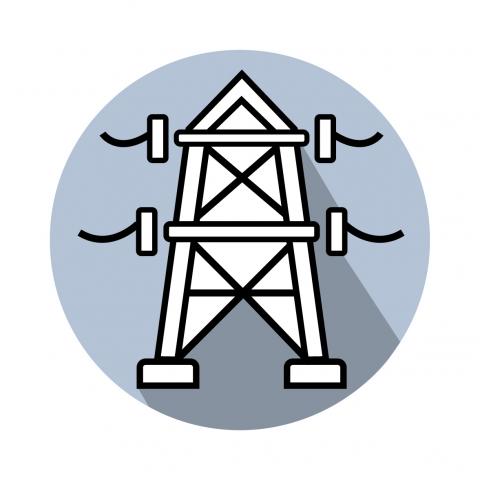 Expanding Storage or Developing Transmission...Why Not Both?

Recent conversations on the need for resources to meet clean energy goals and targets across the United States have brought out an interesting multi-layered question. Should policymakers, utilities, regulators and advocates focus on deploying large swaths of energy storage OR focus their intellectual and financial capital on long-distance regional transmission solutions which are an essential component of fully-integrated organized wholesale markets? The simple answer is: why not both?

Electricity from renewable sources often cannot be generated when and where it is needed since they are variable in nature. To deal with these temporal and spatial discrepancies, one frequently proposed approach is to expand storage capacities and transmission grids. When deployed on the bulk power system, energy storage can provide numerous benefits, including energy shifting, avoided generator starts and stops, provision of ancillary services, contributing to the resource adequacy of the system, and possible deferral of transmission or other system upgrades. Recent long-term planning efforts by utilities in the Pacific Northwest (PNW) have shown that short and medium-duration battery storage technology (standalone or paired with renewables) is currently the best resource to integrate renewable energy despite earlier assumptions that the abundant hydro power resources present in the PNW typically act like a “big battery” and the lack of an organized market makes it difficult to produce price signals for emerging resources such as storage. The traditional thinking around the hydro system as a “big battery” is further challenged by effects climate change has and will continue to have on snowpack and reservoir levels.  Utilities are increasingly realizing the benefits of battery storage in terms of both meeting their resource adequacy needs and engaging with new market constructs in the Pacific Northwest like the Energy Imbalance Market (EIM) and the Western Resource Adequacy Program (WRAP) which provide clear price signals and incentivizes adequacy. This can be seen from the proposed storage procurement across utilities in the PNW (image below). 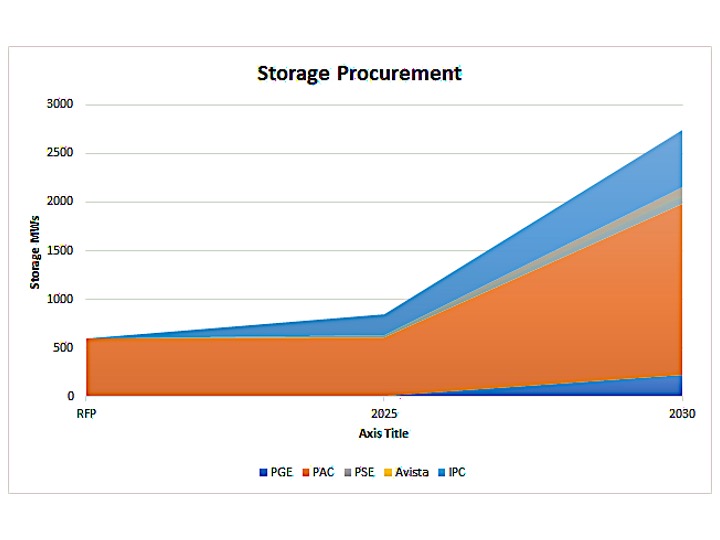 Spurred by the widespread adoption of clean energy goals and mandates by many U.S. states including here in the Pacific Northwest and businesses — and Biden administration’s goal of 100 percent clean electricity by 2035 and net-zero emissions across the economy by 2050— the need for wide-scale transmission infrastructure in the United States is clear. A decade of energy system studies of how to decarbonize the U.S. electricity system and economy have found that significant transmission expansion is essential to realize effective low-carbon energy systems at lowest cost. Since many of the richest wind and solar resources are located far from the urban load centers where most of the country’s energy is consumed, the nation’s transmission infrastructure must at least double to accommodate the exponential growth of wind and solar that will accompany decarbonization. Thus, long-distance or inter-regional transmission lines to integrate renewable energy resources are a key ingredient to meeting the clean energy targets set by states in the region.

It is often argued that these two technologies substitute for each other, such that deploying one reduces the need for the other. A recent report from the National Renewable Energy Laboratory’s (NREL) Storage Futures Study goes into the heart of this question. The main objective of the Storage Futures Study is “to examine future electricity pathways that see a substantial and sustained deployment of energy storage in the United States. Understanding how the bulk-scale transmission and generation system may evolve with energy storage is one of the core questions that the study with various themes & reports aims to answer.

While this particular report goes into the exciting modeling details of how increasing storage penetration addresses and ameliorates the variability of renewable generation including providing critical capacity and fast ramping capabilities when required, my focus went to the section that discusses the interlinkages between storage and transmission. The authors state that “BOTH transmission and energy storage can assist in integrating renewable energy onto the grid, but the relative merits of each enabling technology individually or when combined is complicated.” They go on to state that “transmission is well suited to deliver excess renewable energy from where it is generated to where it is needed while having much lower efficiency losses than storage” which is true in a sense because typically 10-12% of energy is lost when electricity is stored and delivered at a later time due to round-trip efficiency losses, but that does not account for the benefit of having a resource ready to deliver when needed close to the load. On the transmission side, the author mentions that a myriad of reasons have challenged the aggressive development of long-distance transmission which I assume goes into the cost allocation, permitting and other regulatory challenges faced particularly in the Western US.

Coming back to the study, the storage sensitivity, looking at the relationship between storage penetration and transmission, determines the frequency of congestion by showing the percentage of hours per year that a line is operating at its maximum thermal capacity. The analysis considers transfers between two sets of regional grids:  Midcontinent Independent System Operator-West (MISO-W) and MISO-East (MISO-E) and the Northwest (NW) region to the California Independent System Operator (CAISO). The study portrays that as the storage penetration increases on the system from 80% storage to 120%, congestion increases between the two MISO regions but decreases from the Northwest region to CAISO. The explanation as to why this happens is interesting to say the least.

In the 100% storage sensitivity, CAISO is a net importer of energy with a portion of the energy coming either from or through the Northwest region from hydro resources in the British Columbia typically importing power during non-solar hours and exporting excess solar energy during daylight hours. As storage increases (for example, from the 80% storage up to 120% storage scenario), the additional storage allows absorbing excess solar in CAISO to displace imported power from the Northwest. This reduces the congestion i.e. increases utilization of the transmission lines between the Northwest and CAISO during hours when solar resources are not generating with locally stored electrical energy being dispatched efficiently. The authors mention that the generation from Northwest region coal and natural gas-combined cycle technology also decreases because that energy which would have previously been imported by CAISO have now been displaced by energy provided by the stored energy in battery resources.

Overall, the study pushes us to think beyond either/or solutions and states that “the interfaces of regions can experience either a decrease or an increase in utilization of transmission lines depending on local conditions.” For CAISO and the PNW, the equation is clearly beneficial because additional storage is generally increasing the utilization of the existing transmission system to reduce total costs and curtailment. Thus, energy storage and transmission can work together by enabling local overgeneration to reduce transmission congestion, thereby freeing up precious capacity on lines to export or import clean electricity elsewhere, where it may be needed during that time.